Remember A Charity in you Will Week 2017 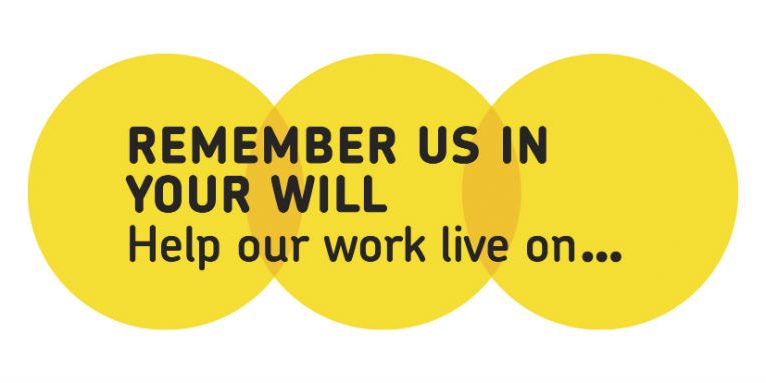 We’re proud to support Remember A Charity in you Will Week.

The annual campaign from Remember A Charity works to raise the profile of charitable giving in Wills.

This year’s campaign, which from 11th to 17th September 2017, focused on ‘the world you would like to pass on’. To supports its mission Remember A Charity will be launched a national radio station as a platform for charities, their supporters, the general public and celebrities to have their say about the world they want to pass on. The idea was to start conversations about passing on something even more special, a gift to a charity in their Will.

“We aim to let those writing a new Will, and indeed those updating existing Wills, know about the benefits of charitable giving in Wills.” says Rachel Damianou, Head of Trusts, Wills and Probate at Wrigley Claydon Solicitors. “For the vast majority of people, it is just not something they think about. Experience has taught us however, that once people are aware of this opportunity, many enthusiastically include a charity or voluntary organisation that is close to their heart in their Will.”

Keep your Will up-to-date

As you go through life and your circumstances change, you may wish to make changes to your Will from time to time. It’s important to have an up-to-date Will to ensure your wishes are met. If you get divorced, or indeed, remarried, there will be changes to make to your Will to ensure the correct people are included or excluded! If children or grandchildren come along, you may wish to make provision for them in your Will that were not previously there. Similarly, if you or a close family member or friend has been supported by a charity, you may like to leave a charitable donation to them in your Will.

Tax efficient ways to give to charity

Helping charities after your death can be a tax efficient way to give to charity. Gifts to charity in a Will are exempt from tax and can be used to bring an estate below the threshold for inheritance tax (£325,000) i.e. assets that exceed this amount can be given to charity to bring you under the limit, meaning your beneficiaries not pay any inheritance tax. You can give items of value, such as jewellery, as well as money.

The option of including a charitable gift in a Will can make a real difference. A large or small donation, the amount doesn’t matter; any amount left to a charity is gratefully received. For many third sector organisations, charitable giving in Wills is vital source of financial income and can be the difference between the cause continuing to operate and supporting those using its services. Gifts in Wills are the foundation of many of Britain’s charities.

If you wish to make a new Will or update an existing one, please contact our team on 0161 624 6811 or email rachel Damianou on rld@wrigleyclaydon.com.

To read more about Remember A Charity please visit their website: www.rememberacharity.org.uk.