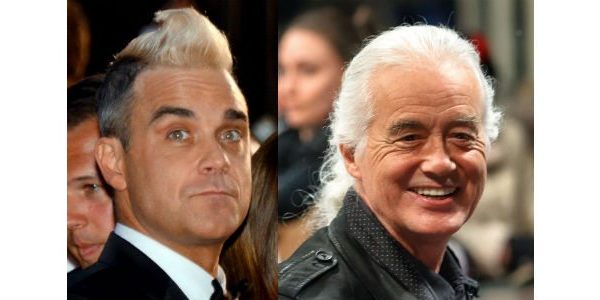 Robbie Williams, the former Take That singer is in dispute with rock and roll legend neighbour Jimmy Page after the Led Zeppelin founder objected to William’s plans over fears it could damage his nearby Grade-I listed home.

Williams bought the £17million property from the family of late film director Michael Winner in December 2013, but has spent much of the last three years renovating the building.

Williams has already had problems with the property including issues about planning and complaints from neighbours over the building works.

Page twice complained about the scale of the renovations, calling the application architecturally ‘unfortunate’, and said they could seriously damage his home, which was built in 1781.

Williams then claimed his neighbour was acting as though he were mentally ill and accused Page of making secret recordings outside his house.

He also claimed that former bandmate Gary Barlow is also in dispute with his neighbour, Queen guitarist Brian May, 69.

If you find yourself in a planning application neighbour dispute then please contact Shalish Mehta in our civil and commercial litigation department or email sm@wrigleyclaydon.com. He can advise you on the appropriate course of action and assist with any legal documents or proceedings that may occur.

Would you buy a property knowing the previous owners were “at war” with the neighbours?