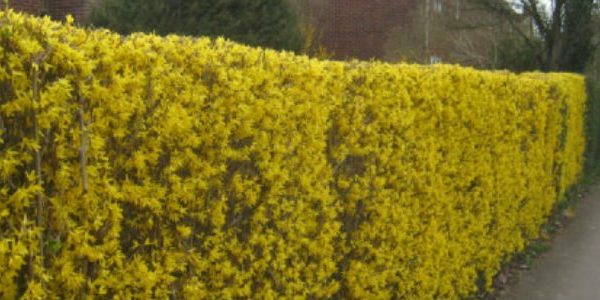 A couple in Market Weighton have spent tens of thousands of pounds in a row with neighbours over a hedge say they’re prepared to go to jail to prove it belongs to them.

In 2012 when Steve and Sandra Marshall discovered a hole had been cut from the middle of the bushes.

Their next-door neighbours say that they own the shrub – which sits between the two properties and that they should be allowed to trim it.

The Marshalls insist the shrub is theirs and state that they have accumulated £56,000 of unpaid fees on top of the £15,000 they have already paid.

Judges have already ruled that the hedge lies on the neighbours’ side of the boundary. The Marshalls have been told they cannot cut the bush and must let someone onto their property to trim it instead.

However, the Marshalls have refused permission onto their land. They are now risking a fine or a prison sentence after they turned surveyors away, as they are now in breach of an injunction.

Churchill Insurance, who are the next door neighbours’ insurers, and who will have been funding the neighbours’ claim, has declined to comment.

If you find yourself in a civil litigation neighbour dispute or indeed you have been served with an injunction for whatever reason then we suggest you speak to Shalish Mehta in our civil and commercial litigation department or email sm@wrigleyclaydon.com. He can advise you on the appropriate course of action and assist with any legal documents or proceedings that may occur.

If you knew there had been a previous civil litigation neighbour dispute would that put you off buying a house?

Sign up for a free Will during Dr. Kershaw’s November Will Month
31st October 2016