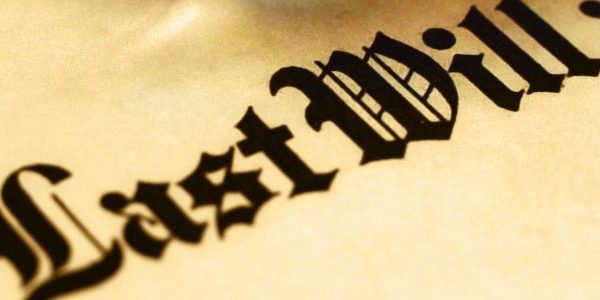 A Will dispute case has hit the media headlines this week as it is feared the landmark ruling may have ramifications on the future of Wills as we know them.

A Will is a declaration of a person’s intentions to distribute his or her estate and assets after their passing. Legal professionals like Wrigley Claydon stress the need for a Will to ensure property and belongings go to the person(s) you wish them to after you die. A binding Will also serves to diminish any ambiguity and limit any fallout about who is entitled to what after someones death, until now.

Of course, Wills can be contested and often are, but the case publicised this week appears to have done a complete U-turn on the last wishes and intentions of the deceased. Melita Jackson fell out with her daughter Heather Ilott, now 54, when she eloped with a boyfriend aged 17. The fallout was never resolved and on Jackson’s death in 2004 she left her entire estate, worth nearly £500,000, to animal charities. Ilott contested the Will and after a decade long battle the estranged daughter has been awarded £164,000.

On the face of it, it appears Jackson’s right to testamentary freedom has been compromised and could open the floodgates for other estranged children to challenge the Last Will and Testament of their parents. There is also the implications for the charity sector to consider as more than £2bn a year is left to them in legacies. However, the particulars of this case are to be considered. On overturning or varying a Will, the Courts will have to examine the needs and resources of both parties, in this case Ilott and the charities. Mrs Ilott as a person in financial need; she has five children, lives in social housing, is on benefits and has no pension. The charities however, RSPCA, RSPB, and Blue Cross, are national charities receiving millions of pounds in donations each year. It is on this reasoning that the money was awarded. The inheritance will allow Ilott to buy her rented home, with a sum of £20,000 left over for future maintenance, a figure that will not affect Ilott’s benefit claims and one the courts felt was appropriate.

It is also claimed that Ilott made numerous attempts over the years to reconcile the differences with her mother, which were never reciprocated.

The case only goes to highlight the importance of having a Will professionally drawn up. By consulting a solicitor like Wrigley Claydon, we can draw up further necessary documents to explain a testators wishes eg. disinheriting a child and the reasons for doing so, to help support the validation of your choices and to reduce the risk of your Will being successfully contested.

If you feel you have a potential claim for contesting a Will, we also deal with challenges to Wills by disappointed potential beneficiaries.

For Will writing or Will contesting legal advice, please contact our Wills, Probate and Trusts department on 0161 624 6811 or use our online enquiry form and we will get back to you as quickly as possible.

Congratulations to Emily Lamb who ran 31km for charity, in aid of Refuge
30th July 2015
Sign up for a free Will during Dr. Kershaw’s April Will Month
30th July 2015