Is your Will up to scratch? Advice from our Wills and Probate solicitors 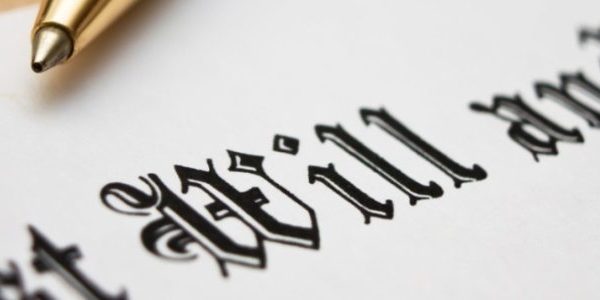 A woman is seeking hundreds of thousands of pounds compensation from Barclays, claiming the bank’s Will-writing service resulted in her losing a stake in a valuable London home.

Barclays is contesting the claim.

The matter has now gone to the High Court.

Court documents show that in 2007 Ebenezer Aregbesola used Barclays’ £90 Will-writing service to create a Will dealing with his various assets including homes overseas and in London. His Will instructed half of the London home to be given to his daughter on his death.

The property was owned jointly by Mr Aregbesola and his wife – who was not the daughter’s mother. Because of the joint ownership, on Mr Aregbesola’s death in early 2014, the property went wholly to his wife – in contravention of the wishes spelt out in the will.

In order for the Will’s conditions to have been fulfilled, it is alleged that Barclays should have severed the joint tenancy agreement. This would have enabled half of the property’s value to pass as instructed to his daughter. Because this severance process – which the Ombudsman described as “a simple formality” – was neglected, the joint tenant, Mr Aregbesola’s widow, is legally entitled to the whole property.

The case highlights the danger of popular, cheap “DIY” wills which are often too simplistic to reflect accurately their owner’s wishes.

By making a Will, you can choose to whom you want to leave your estate as well as appointing guardians to look after any young children should you die whilst they are under 18. By planning ahead, you can ensure that you do not cause unnecessary difficulties for your loved ones. You can use your Will to look after everything that is important to you, including charitable causes.

We are experts in these complex areas of law but you will find the legal advice we offer is straightforward and easy to understand. Please contact Rachel Damianou or Jyoti Patel, our Wills and Probate solicitors, on 0161 624 6811.

Sign up for a free Will during Dr. Kershaw’s November Will Month
24th June 2015