Decree absolute not always the end of a marriage… 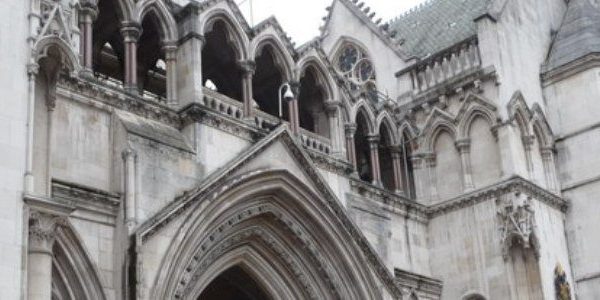 The recent decision of the Supreme Court in the case of Wyatt and Vince handed down on 11 March 2015 has brought to wider attention the fact that a decree absolute of divorce does not in itself “close the door” on a marriage relationship.

Many people may be unaware that unless the court has also made a final financial order either by consent after an agreement is reached or at or following a court hearing, the financial aspects of the marriage may in fact remain “unresolved”.

The Wyatt case, it has to be said, is a highly unusual matter in terms of the facts of the case and there is a danger in reading too much into it. Nevertheless, it highlights the need to dot the “i” and cross the “t” in every divorce so far as is possible.

The parties married in 1981 and separated in 1984. They had no substantial assets and no significant income and indeed after the separation, Mr Vince lived something of a “new-age travelling lifestyle”. A divorce took place and a decree absolute was made in October 1992. So far, so good. However, it does not appear there was any financial settlement at the time and no court order was made. Possibly no-one thought there was any need – there were no assets and a very modest income. Again, probably a common situation.

However, where things get interesting is what happened over the next few years.

By the late 1990’s Mr Vince had been working in and developing a green energy business. He was phenomenally successful – so much so that in a short time he became a multi-millionaire. In 2011 Ms Wyatt made an application for financial provision arising out of the divorce proceedings by way of a lump sum payment. Mr Vince made a cross-application to strike out the financial provision application on the technical grounds that there were no reasonable grounds for bringing it, it was an abuse of the court process or was likely to obstruct the just disposal of the proceedings.

The ultimate decision of the Supreme Court was to allow Ms Wyatt’s appeal and for the case to go back to the High Court to proceed as a matrimonial financial application in the usual way.

At first sight it might be astonishing to think that some thirty years after separation, and more than twenty years after a divorce decree absolute, a party can pursue a financial claim. However, it is worth remembering that what the court was making very clear is that the right to make an application in divorce proceedings is not lost simply by passage of time. The Supreme Court was only addressing the issue before it concerning the technical grounds of Mr Vince’s original cross-application and whether that should succeed or not. It was not addressing the question of what Ms Wyatt’s entitlement amounted to – that is left to the High Court in the continuing proceedings. One would have thought that Mr Vince will have plenty of arguments to put forward as justification for opposing Ms Wyatt’s claim for a large lump sum. The parties may well settle the case in due course so we may never know the final outcome.

So, supposing you are a wife in an unhappy marriage with a hippy-type who is a “bit-of-an-inventor”. Might it be worth hanging-on in there just in case his “App-to-end-all-Apps” App turns out to be a world-beater? Or maybe you’d be better off getting out and going looking for the inventor of the “I-can’t-believe-this-App’s-not-been-invented-yet” App! Who knows.

Just try and make sure you close all doors before opening a new one.

If you are going through a separation or divorce and need professional legal advice, speak to one of our family lawyers. They will help guide you through this difficult process and answer your questions relating to financial matters, childcare provisions (where necessary) and the division of assets. Call us on 0161 624 6811 or use our online enquiry form.

Corinne has been involved in Family Law for over 25 years. She has substantial experience and expertise in all areas of Family Law. Corinne understands that a family separation is one of the most difficult and emotional times in life and will always deal with clients effectively, efficiently and sympathetically. Her particular area of expertise relates to children and parents wishing to obtain Child arrangement Orders. She is also able to assist in Emergency Applications, Prohibited Steps Orders and Specific Issue Orders.

Congratulations to Emily Lamb who ran 31km for charity, in aid of Refuge
13th April 2015