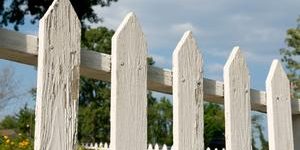 As a nation we are complaining more and becoming less willing to compromise. Wrigley Claydon Solicitors say this is evident with the increasing number of neighbour disputes which they are helping to resolve.

You don’t have to be going through a bitter divorce or family rift to be involved in regular disputes these days. All you need is a disagreement over who owns a four-inch strip of land and you can be at loggerheads for years with your neighbours. As well as causing you heartache, such fights can cost you dearly and even make your house unsaleable.

“The main causes of disputes are entrenched attitudes, a higher expectation of quiet, incompatible lifestyles with neighbours, lack of modern sound insulation and more powerful sound equipment.Boundary disputes over tiny bits of land can flare up when triggered by another cause such as leaves from one’s tree falling into a neighbour’s garden or a disagreement over parking.”

HOW TO AVOID NEIGHBOUR DISPUTES

If you want to prevent boundary disputes you should get an exact map of your land and borders drawn up by a surveyor when you buy a property.

Be very much on your guard if the person you buy your house from says there is an ongoing dispute with the neighbours. There is a standard declaration for vendors to alert you to this, and if they conceal a problem they are guilty of misrepresentation and may have to subsequently reimburse buyers for any costs incurred as a result.

Also look at the terms of your lease if you have one. You will see that in many cases floors have to be carpeted and you will be breaking the terms of the lease if you strip them down to the wood.If you have any plans to sell up in the near future think twice about starting a row with your neighbour.

If you do make a complaint and then disclose it, we would usually advise potential buyers to not complete the purchase until the issue is resolved. However, if you live next to a fanatic the issue may never be resolved.

Even complaining to your local environmental health officer could leave you in a similar position. Of such complaints, about one in six eventually leads to an officer issuing an abatement order, and getting to that stage can take months as you have to prove the problem is a continuing one and not just a one-off.

Should you find yourself embroiled in a dispute with a neighbour, Shalish outlines how to proceed:

One solution would be to mediate. The process starts when one party approaches the Mediation Service. A mediator will then pay you a visit, talk the issues over with you and approach the other party, usually by letter. Parties can then choose to have either “face-to-face” or “shuttle” mediation, where the mediator acts as a go between.

Once an agreement – either verbal or written – is reached, the mediator backs off. They check back in a month to make sure the agreement is holding up.

Mediation services can be free if funded by councils or charities, but it depends where you live. If they are not free the cost will be around £1000.00 without the use of lawyers. Both parties must reach agreement about splitting the cost early on, but either way it is, as far cheaper than going to court.

Taking someone to the County Court is expensive and time consuming.

If you are determined to proceed to court then consult an experienced solicitor such as Wrigley Claydon. We will discuss with you various ways to fund your claim including purchasing legal expenses insurance whereby an insurer may agree to fund part of your claim subject to your claim having a reasonable prospect of success.

For more information or to speak to our team about neighbour disputes please call us on 0161 785 3534.