700% increase in Will Disputes 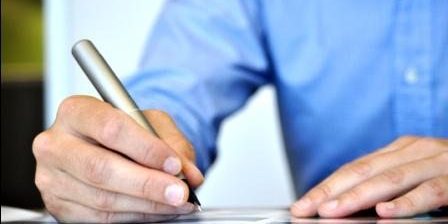 The number of people choosing to challenge a Will has reached an all time high. Recent High Court figures show that there has been a 700 per cent increase in High Court actions challenging wills over the past five years, while the number of wills declared invalid has almost doubled.

A high profile example of Will Dispute is the case of Bernard Matthews, famed for his turkey empire. He left his £12 million Saint Tropez villa solely to his French mistress and a £30 million share, of his £40 million estate to his biological heir. His three adoptive children successfully challenged this in the High Court.

Do you have grounds for a Will Dispute?

Shalish Mehta, our litigation specialist stresses that if you think you have grounds for complaint then it is important to move quickly, preferably before Probate is granted. “The longer you take to lodge an action the weaker your case may be when it comes to court. Normally an application under the Inheritance Act 1975 will need to be made within 6 months of the Grant of Probate being made. There may be some circumstances when the Court may be prepared to extend the time limit.”

Shalish highlights what to consider when making a Will Dispute:

IS THE WILL VALID?
A Will won’t be valid if: –
• It is not signed and witnessed properly
• The person making the Will did not have mental capacity to make a Will.
• It was made under undue pressure

THE WILL MUST BE SIGNED AND WITNESSED
A Will can usually be made only by someone aged 18 years or over. Wills usually have to be in writing and signed by the person making the Will in the presence of two witnesses who are not going benefit from the Will. The witnesses should also not be married to anyone who will benefit from the Will. Whilst the Will might still be valid in these circumstances but the gift might fail.

UNDUE PRESSURE
The person making the Will should not be under pressure or duress from any other person to write their Will in a particular way.

FRAUDULENT OR FORGED WILLS
Fraud can take a number of forms. For example, you could have been left out of a Will because another person made misrepresentations about you to the deceased. Another example of fraud is where the person who drafted the Will for the deceased left a large portion of the estate to himself without the deceased knowing. Where you suspect there may be fraud the Will can be contested.

INADEQUATE PROVISION FOR YOU IN THE WILL
Certain people can still challenge a valid Will if it fails to make reasonable provision for them. The Court has the power, under the Inheritance (Provision for Family and Dependants) Act 1975 to ensure that they are provided for.

WHO CAN CHALLENGE UNDER THE 1975 ACT?
There are seven categories of people who can challenge a Will: –

Congratulations to Emily Lamb who ran 31km for charity, in aid of Refuge
2nd July 2013
Sign up for a free Will during Dr. Kershaw’s April Will Month
2nd July 2013
Request a callback, please fill in the form below
Latest News
Go to Top