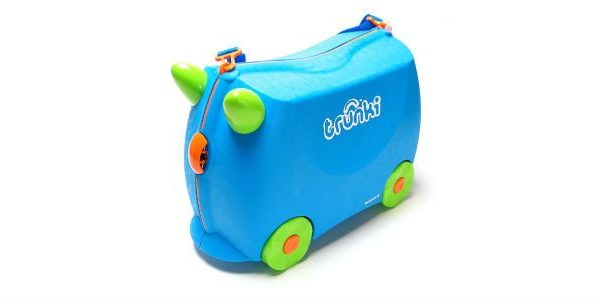 The Supreme Court on 9 March 2016 dismissed an appeal by Trunki manufacturer Magmatic, which argued that a competitor product was breaching its intellectual property rights.

In 2006 Mr Law appeared on BBC Two show Dragons’ Den, unsuccessfully seeking investment for his Trunki case. After he was rejected by the Dragons, he went on to sell more than two million of the suitcases in more than 60 countries.

Magmatic had previously registered a Community-registered design for its Trunki suitcases which covers various colours but not surface decoration.

Magmatic argued that PMS International’s Kiddee Cases, which are decorated to look like animals or insects, infringed the design rights of their Trunki suitcase.

Supreme Court Justice Lord Neuberger said Trunki was “both original and clever” and he said it “appears clear” the Kiddee Case had been conceived “as a result of seeing a Trunki and discovering that a discount model was not available”.

But he said: “Unfortunately for Magmatic, however, this appeal is not concerned with an idea or an invention, but with a design.” The court said design law was based on the “overall impression created by a design”, which in Trunki’s case was “an animal with horns”. It said this was “significantly different from the impression made by the Kiddee Case, which were either an insect with antennae or an animal with ears”.

If you have a brand, something you have invented, or an original piece of work that you have written and someone infringes your rights we can help. We can assist you in securing an injunction and/or damages or account of profits and the delivery up and destruction of the offending item. If you have been accused of infringing someone’s intellectual property rights then we can also help by raising various defences and minimizing your liability.

If you feel you have an intellectual property case and need some legal advice then please speak to our Shalish Mehta, our civil and commercial litigation solicitor in Oldham. Please call us on 0161 785 3534.

Sign up for a free Will during Dr. Kershaw’s November Will Month
11th March 2016