You are here:
NewsWrigley Claydon News 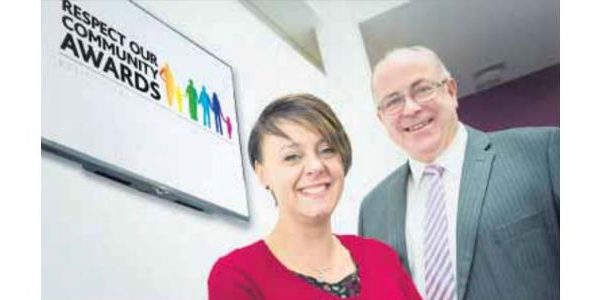 The Oldham Chronicle featured a piece about the handover of chairmanship at the Respect Our Community Awards ROCA, on Thursday 17th September 2015.

Our Partner John Porter stepped down from his role heading up the Awards and its parent organisation First Choice Home Oldham and handed over the reins to Jodie Barber. Here’s the piece in full:

A youth services worker has been appointed as chairwoman of an Oldham grassroots community fund.

Jodie Barber, a senior youth work manager at Oldham Council has been given the role with the Respect Our Community Awards (ROCA), run by First Choice Homes Oldham.

She said, “One of the key strengths of the ROCA panel is that it is an inclusive and supportive group – we make it enjoyable. There’s an incredible amount of knowledge and experience at ROCA, with different communities and professions.”

Mrs Barber was handed the baton by outgoing ROCA chairman John Porter, who is a partner at Wrigley Claydon Solicitors. Under the ROCA scheme, grants of up to £5000 are available for community projects.

The panel meets five times a year to consider applications. The money is provided by First Choice Homes with donations and support from the public and private sector.

Mr Porter said, “I’ve loved being involved with ROCA and working with other panel members who all give up their lunch breaks to share their knowledge. With ROCA it’s very important to involve new people.

“ROCA awards may be relatively small amounts of money, but these make a huge difference in bringing communities together. I know ROCA will continue to flourish with Jodie at the helm.”

Mrs Barber, who has worked at the council in youth service for the past 17 years and has been on the ROCA panel for two years, added, “ROCA’s main consideration to funding is – does it benefit the people of Oldham? It makes a real difference to people’s lives and it gives us real satisfaction that we’re doing a bit of good in helping those applying for funding.”