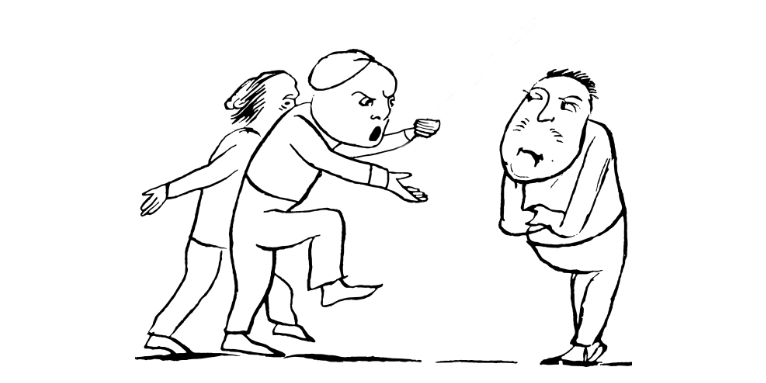 A couple locked in a bitter dispute with their neighbours over a small wall came home to find a huge green lorry trailer parked right outside their home.

Sophia and Gwyn Hughes said the huge container blocks out sunlight and obscures the view when they look out of their window.

The trailer was positioned at the edge of the land owned by neighbour Mark Jones but is just inches away from the Hughes’ home in Anglesey.

Mrs Hughes said relations with Mr Jones and his wife were fine but turned sour when they asked if they could rebuild a small wall on the edge of their land.

Mr Jones claimed the Hughes’ view of the trailer would have been reduced had they not taken down trees that belonged to his family.

After consulting with their solicitor, they decided to sign over the wall. Mrs Hughes said she had been told the Joneses would consider removing the lorry trailer if she would reimburse them the cost of their legal fees and offer an apology.

How can a neighbour dispute solicitor help?

If you find yourself in dispute with your neighbours we can advise you on the appropriate course of action and assist with any legal documents or proceedings that may occur.

Please call Shalish Mehta in our civil and commercial litigation department on 0161 785 3534 or email sm@wrigleyclaydon.com.

How important is it to you to have good relations with your neighbours?